Kelley has spent the last 32 years in the golf industry as both a top notched player and as a golf professional. She turned professional in 1991, after completing a successful junior and college career. Among her junior career highlights, Kelley won the Iowa High School State Championship, the Iowa State Junior Championship, competed successfully on the national junior tours, (including the USGA and AJGA) and qualified twice for the LPGA Rail Charity Classic, making her the only high school student in the field of professionals.

After high school, Kelley received a full scholarship to University of Iowa. While at U of I, Kelley was selected to both the All-Big 10 Team and the University World Cup Team, which competed against the world in Sardinia, Italy.

After leaving University of Iowa, Kelley turned professional and competed on The Future’s Tour and the Player’s West Tour. After a year of competition, Kelley moved to New Jersey. In 1992, she began teaching at Port Imperial Driving Range in Weehawken, NJ.

In 1993, Kelley began teaching at the Staten Island Golf Practice Center on Staten Island. She quickly built her business into a highly successful career. In the past 15 years, Kelley has done many things to change the face of golf and recreation on Staten Island and Brooklyn. Recognizing that their was a void in women’s golf, she created the Kelley Brooke Women’s Golf Clinics, The Winter Strength Training Program (held at the South Shore Jewish Community Center), The Kelley Brooke Winter Golf School for Women and created a private lesson program for more than 1000 women per year. She also created a Psychology of Golf Program for men and women to follow.

One of her proudest accomplishments is the formation of the not-for-profit NYC Junior Golf Club, Inc. Also recognizing that youth golf in New York City wasn’t as strong as it could be, Kelley organized a Board of Directors consisting of 12 influential golfers on Staten Island and Brooklyn and created the not-for-profit entity. The club services economically disadvantaged youth along with the average junior golfer. Besides providing instruction, the club provides an eight-week golf league, Pee Wee Tournaments (ages 6-8), a club championship and an awards dinner. Recently, a scholarship program (The Shawn Hicks Memorial Scholarship Program) was started awarding four deserving members of the club with $500 savings bonds each. Currently the organization has 150 members.

In 2000 Kelley created the Kelley Brooke Junior Golf Camp. During it’s first two years the camp was sponsored by Coca-Cola. During the next two years Mc Donald’s held that title. The camp is attended annually by nearly 200 youths.

During the winter months, Kelley conducted The Kelley Brooke Winter Golf School at Sportsfest on Staten Island. Over 100 kids attended each year.

The MET PGA Golf In Schools Program partnered with Kelley in 2004, asking her to become the borough Director. As a result, over 6 high school teams were given weekly clinics and practice time in the Spring of 2005. In the same year, Kelley began working with the City Parks Foundation.

The NYC Board of Education asked Kelley to help them develop a “Fit for Life” Program for children with disabilities in 2000. Kelley donated her time to educate teachers on how to modify the golf swing to accommodate their student population. As a result, over 1,000 children with disabilities throughout the five boroughs have had an opportunity to play a game that would never have been presented to them.

Through her work with the “Fit for Life” program, Kelley created the District 75 Summer Golf Program. Unbelievably, children in wheelchairs, children with Autism, children with Down’s Syndrome and children with Cerebral Palsy now play golf weekly throughout the summer. The program has grown to include more than 45 schools, city wide. Now 540 children and their teachers meet each week at Alley Pond Golf Center for organized clinics.

In 1998, Kelley wrote a monthly instructional article for the national golf magazine, Junior Golf Magazine. Kelley has also been dubbed “The Apostle of Junior Golf” by one local sportswriter for her tireless devotion to the junior golf cause.

In 1997, Kelley was published in Golf Digest. Her instructional tip appeared in the March, 1998 issue. She also created, produced and hosted an instructional golf television program called On the Tee with Kelley Brooke. The 26- week season originally aired on Staten Island Cable, but is now also viewed in Brooklyn, New Jersey and Kelley’s home state of Iowa.

In May of 2002, Kelley volunteered her time to the Staten Island University Hospital on The National Amputee Golf Association’s First Swing Program. As a result, Kelley now works in the NYC Department of Education’s Adaptive Physical Education Program, advising staff on adaptive techniques for children with physical handicaps.

In 2001, Kelley was also honored by The Soroptimist International of Staten Island, as a Woman of Distinction. She was honored at the “Making a Difference for Women Awards” luncheon. The “Boy Scouts of America” presented Kelley the “Woman of Achievement” award, for her work with New York’s youth in 2007.

In 2005, Kelley was voted one of the Top 50 Golf Instructors in the country by Golf Range Magazine.

In 2004, Kelley was awarded the Federal concession of managing Brooklyn Golf Center (the only driving range in Brooklyn) and Riis Park Golf Course. This undertaking was a huge accomplishment for Kelley. The contract called for the management of a 76 stall golf range, a food concession, a miniature golf course, around $1 million dollars of capital improvements, the development of youth and adult golf programs and the management of an 18 hole par three golf course.

Global Golf Services was facing the task of not only building a new business, complete with clinics, camps, birthday parties, golf outings, etc., but of removing batting cages, tennis courts and old buildings. After demolition, they were to build new putting greens, target greens, heated stalls, a clubhouse, new trees, grass tees, a lesson studio and stadium lighting on the golf course. By year two, 80% of the renovations were completed, all without closing the facilities. While all of the capital improvements were taking place, customers continued to play golf at Riis Park Golf Course and practice at the driving range. Additionally, children’s camps, adult and junior clinics, golf outings and birthday parties were hosted without interruption.

Prior to the awarding of the Concession contract to Global Golf Services, there was no organized instruction at the Brooklyn Golf Center. Under Kelley’s supervision, Global Golf Services has taught over 600 juniors in just 18 months time through camps and clinics.

During the summer of 2006, Kelley formed a new company, North Shore Golf Group, and put a bid in to operate the busiest driving range in the country. She successfully won the contract for Alley Pond Golf Center and started operations June 1, 2007.

Kelley has impressive plans for Alley Pond including $2.6 million in renovations. She has already built six new target greens and a bent grass short game area. This winter she will start constructing an updated 18 hole miniature golf course, a completely enclosed/heated tee line and a new clubhouse. 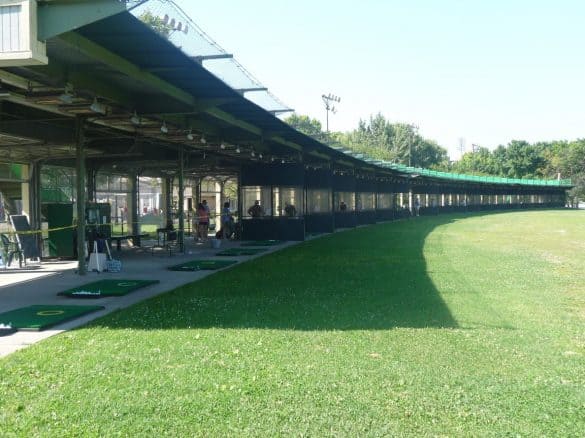 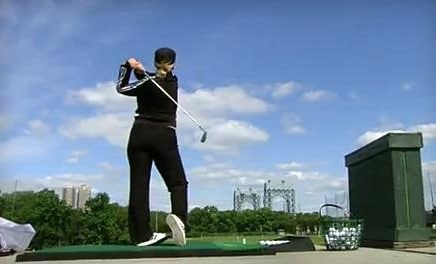 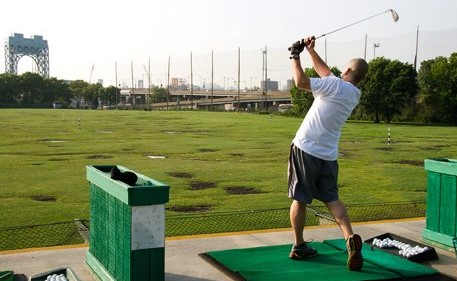 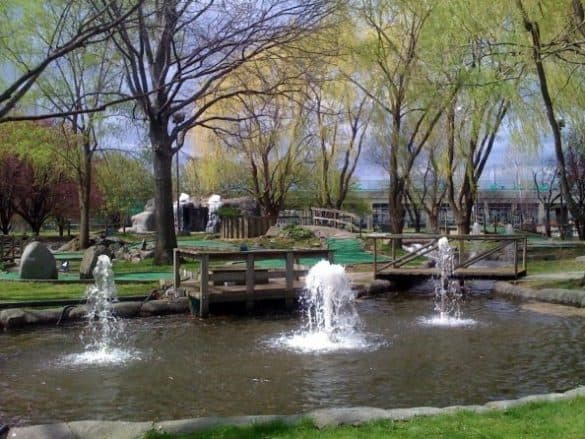 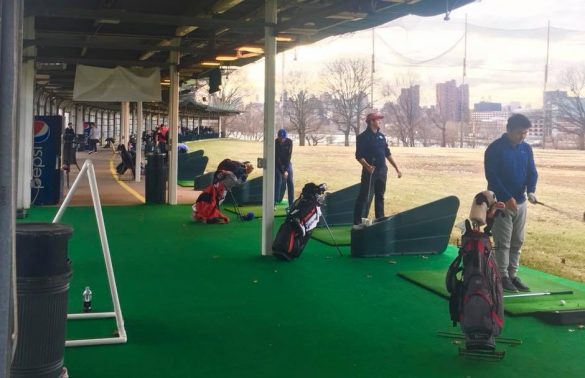